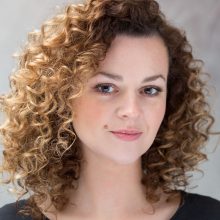 Catherine Bailey is a London based actor.

She has a wealth of experience in TV, stage and radio. Since appearing at the RSC at the age of 15 in ‘Spring Awakening’, Catherine has featured in the West End as the lead female role in ‘The 39 Steps’, as well as ‘The Country Wife’ at The Theatre Royal Haymarket. She performed in ‘Tis Pity She’s a Whore’ with Jude Law at The Young Vic, 'The Merchant of Venice’, ‘Julius Caesar’, ‘Dr Scroggy’s War’ and 'Othello' opposite Mark Rylance, all at Shakespeare’s Globe.

In 2019, she produced and starred in 'The Process', a play based on Kafka’s ‘The Trial’ at London's Bunker Theatre.

Her television credits include ‘The Crown’ (Netflix), 'Grace' (ITV),  'Malory Towers', ‘And Then There Were None’, ‘Mr Selfridge’, ‘Midsomer Murders’, ‘Strike: The Silkworm’, ‘Hetty Feather’, and ‘The Sarah Jane Adventures’ (BBC). She also starred in Terence Davies’ highly acclaimed biopic ‘A Quiet Passion’ opposite Cynthia Nixon.

Surgeons: At the Edge of Life