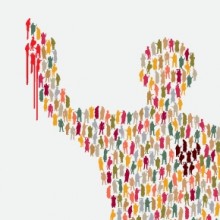 Catherine Bailey stars as Portia this summer in the tense period thriller ‘Julius Caesar’ which is being performed in the wonderful open space of the Globe Theatre in London.

When Caesar returns to Rome from the wars a virtual dictator, Brutus and his republican friends resolve that his ambition must be curbed – which in Rome can mean only one thing: the great general must be assassinated. But once the deed is done, the idealistic conspirators must reckon with the forces of a new power bloc, led by Mark Antony and Caesar’s nephew Octavius. When their armies close at Philippi, will Caesar’s ghost be avenged?

Catherine is available during the day so please get in touch if you need a confident, upbeat read from this wonderful actress.