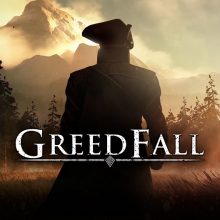 The Old World is dying. The continent is polluted, overpopulated, and plagued by a deadly, incurable disease. Its weary population grows desperate.

But there is a glimmer of hope on the horizon – an Island, remote and hidden, has been discovered. Teer Fradee…a land spared by the Malichor plague, a haven of life, wild and untampered by mankind. It is the promise of riches, but also represents the best hope for mankind to find a cure to the Malichor.

On the hunt for the cure, explore a fresh new world alongside settlers, mercenaries and treasure hunters, as you set foot on this remote island seeping with magic…