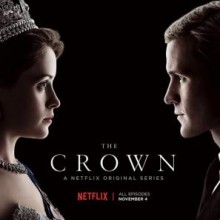 The international smash hit Netflix show ‘The Crown’ returns and is available for download this Friday 8th Dec and James Hillier reprises his role as the Queen’s Equerry.

We also have Catherine Bailey and Jonathan Rhodes featuring so it’s a bit of a Loud and Clear Voices bonanza!

The Crown traces the life of Queen Elizabeth II from her wedding in 1947 to the present day. The first season depicted events up to 1955, with Claire Foy portraying the Queen in the early part of her reign.

This second season is intended to cover from the Suez Crisis in 1956 through the retirement of the Queen’s third Prime Minister, Harold Macmillan, in 1963 following the Profumo affair political scandal.

Ten years into her reign, Queen Elizabeth seems to be feeling the pressure, while a rift between herself and her husband emerges.

If you haven’t caught this show yet get onto Netflix now and binge on the first series in time for the arrival on Friday of this wonderfully, opulent royal drama.