40's London, Friendly/Upbeat/Experienced
← back to men 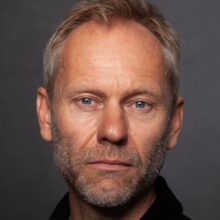 James Hillier is a London based actor & director.

He has worked as a voice-over artist for nearly 20 years, voicing campaigns for major brands and a number of books including the Ibrahimovic Biographies and 'These Streets' by Luan Goldie.

He trained at RADA. TV & film credits include lead and regular roles on 'The Crown', 'Shadow and Bone', 'Holby Blue', 'Eastenders', 'Great Expectations', 'Long Time Dead' (Working Title Films) and over 40 other screen credits. His theatre work includes 'The Height of the Storm' in the West End and on Broadway, 'Torn' at the Royal Court & 'Lulu' for the Almeida.

He is artistic director of multi award winning and nominated theatre company Defibrillator Theatre. Most recent productions include 'Foxes' and 'Sunnymead Court'.

James is a Tottenham fan, enjoys collecting and listening to vinyl and loves nothing more than to be beside the seaside.