30/40's RP, Recognisable/Quirky/Comedy
← back to women 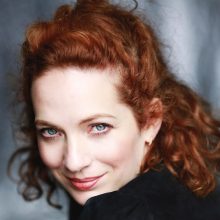 Katherine Parkinson is a London based actor.

A prolific stage and screen actor, Katherine is best known for her BAFTA award-winning performance in Channel 4’s 'The IT Crowd'.

Films include 'Radioactive' (Amazon Prime), 'This Nan's Life', 'Paul Dood's Deadly Lunchbreak', 'How to Fake a War', 'The Guernsey Literary & Potato Peel Pie Society' and 'The Boat that Rocked'.

Katherine can currently be seen in comedies 'Spreadsheet' (C4), 'Here We Go' (BBC1) and on stage at the National in Shakespeare's 'Much Ado about Nothing'

Visual - Much Ado About Nothing