Katherine Parkinson stars in the latest series of ‘Taskmaster’ 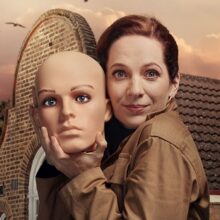 Series 10 of the BAFTA-winning ‘Taskmaster’ will make its Channel 4 debut, with another stellar line-up of actors and comedians who will complete a series of “perplexing and extraordinary challenges”.

Wax seals will open, dreams will be made and/or broken, and Alex Horne will be wrapped around his master’s little finger, providing stats and moral support in the most ridiculous and ferociously fought game show on television…

Hoping to impress the Taskmaster with her creative ingenuity and be crowned the next champion, is Loud & Clear’s brilliant Katherine Parkinson.

See her in ‘Taskmaster’ from 15th October on Channel 4.