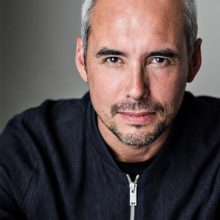 Steve John Shepherd is a London based actor.

He trained at the Central School of Speech and Drama and has a wealth of experience in Theatre, TV and Film. Steve is also an accomplished musician and composer.