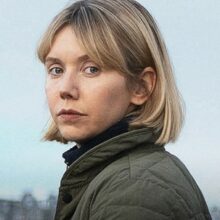 In 1996, teenager Rosie Duff was found brutally murdered in the Scottish university town of St Andrews.

Police suspected the three drunken students who were discovered at the scene of the crime, claiming to have found her body – Sigmund ‘Ziggy’ Malkiewicz, Tom ‘Weird’ Mackie and Alex Gilbey. Twenty-five years on, however, someone appears to be willing to risk everything to keep the secrets surrounding the case hidden.

Do the three men know more than they previously revealed? How flawed was the original investigation? And can Karen uncover the truth of what happened to Rosie that fateful night?

Brought to TV by World Productions – creators of ‘Bodyguard’ and ‘Line of Duty’, this detective series brings to life one of McDermid’s most iconic characters.