20/30's Scottish, Vibrant/Expressive/Warm
← back to women 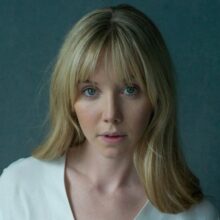 Lauren Lyle is a London based Scottish actor.

She kicked off her extensive CV as a lead in BBC comedy 'Radges' and in The Old Vic's West End 5* hit 'The Crucible'. She was then a part of the National Youth Theatre REP company in 2015 where she was picked as a stand-out talent after her performance as Diane in 'Consensual' at the Ambassadors Theatre in the West End.

On the big screen, Lauren most recently featured in 'Tell it to the Bees' with Anna Paquin and Holiday Grainger - the film was picked as part of the Great Eight at Cannes Film Festival and premiered at Toronto International Film Festival.

The Undiscovered Deaths Of Grace McGill Mayflies by Andrew O’Hagan