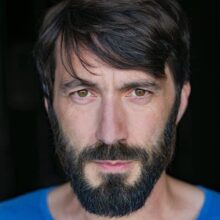 Tom Meeten is a London based actor, comedian, writer and producer.

Tom has appeared in many TV comedies including 'The Mighty Boosh', 'The IT Crowd', 'Motherland', 'Detectorists', 'Star Stories', 'Miranda' and most recently, 'Worzel Gummidge' for BBC1 and the lead in 'Intruder' opposite Elaine Cassidy (Channel 5_  He has also featured in films as varied as 'Paddington', 'Sightseers', 'Weekender' and 'Prevenge'.

Whilst primarily known for comedy, Tom was the lead in the critically acclaimed thriller 'The Ghoul', for which he was BAFTA nominated in 2018 for his role as a producer.