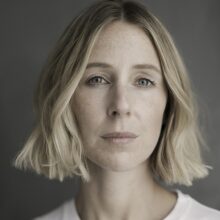 - ‘Harvey’ With Our Very Own Sally Scott Opens At The Theatre Royal Haymarket - Sally Scott takes on the role of Diana in the brilliant ‘King Charles III’ at Londons Wyndams Theatre - Sally Scott Takes To The boards Again In Southwark Playhouse’s staging of ‘As You Like It’. - Sally Scott Stars in the Watermill’s Sense and Sensibility

Sally Scott is a London based actor who studied English at University before setting out to tread the boards.

She has worked regionally, in the West End and on Broadway, and for directors such as Rupert Goold, Peter Hall & Matthew Warchus.

She played Diana in the smash hit 'King Charles III' which transferred from the Almeida to the Wyndham's Theatre in the West End & on to Broadway, as well as Nurse Kelly in 'Harvey' at the Haymarket, directed by Lyndsey Posner.

Film includes 'One Chance', 'Having You' & 'Borges and I', winner of Best Feature at London Independent Film Festival.