Sally Scott Takes To The boards Again In Southwark Playhouse’s staging of ‘As You Like It’. 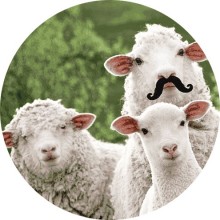 The wonderfully talented Sally Scott takes to the boards again In Southwark Playhouse’s staging of Shakespeare’s great comedy ‘As You Like It’ from 18th Sept until 18th Oct 2014.

Starring as Rosalind, daughter of a duke banished by his own brother, she is forced into exile by her despotic uncle. With only her spectacular wit and her loyal cousin Celia and servant Touchstone to support her, she is forced to disguise herself as a man and enter the Forest of Arden searching for her father.

When the love of her life, Orlando, also on the run in the forest, doesn’t recognise her, Rosalind decides to teach him the truth about love.

Peter Huntley Productions is proud to team up with director Derek Bond after their award-winning production of Floyd Collins. With a spectacular new score by Jude Obermüller for actor musicians and a glorious design, As You Like It is set to be an enchanting evening in the theatre. The production will celebrate 450 years since Shakespeare’s birth and be suitable for both adults and children.

Sally is free during the day so if you need a soft but versatile female for your project then give us a call.