20/30's Scottish, Strong/Dramatic/Gravitas
← back to men 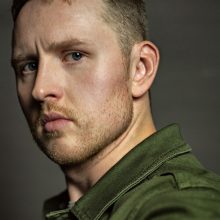 Ross Anderson is a London based Scottish actor.

He was training at the Drama Centre London when he landed a role with the National Theatre of Scotland in critically acclaimed 'Black Watch'.  Other theatre credits include 'Yerma' (Gate Theatre London), 'Macbeth' and 'The History Boys' (Sheffield Crucible).

Ross first came to our screens in the BBC1 mini-series 'Privates'. He made his big screen debut in 'The Silent Storm' alongside Damien Lewis and Andrea Riseborough, followed by 'Unbroken' directed by Angelina Jolie and 'Macbeth' with Michael Fassbender.

He recently starred in Paramount Pictures' critically and commercially successful horror film 'Crawl' directed by Alexandre Aja. He will soon be seen in Michael Caton-Jones film 'Our Ladies', 'The King's Man' directed by Matthew Vaughn and Netflix series 'The Liberator'. He was also in highly-acclaimed ITV drama 'Des'

Ross was most recently on stage at London's Almeida Theatre in 'The Tragedy of Macbeth' as Banquo alongside Saoirse Ronan.

He can currently be seen in his regular role of the King's Nephew Domnal in the final season of epic historical drama 'The Last Kingdom' (Netflix).