‘Total War: WARHAMMER II’ Is Out Now Featuring An Array Of Loud And Clear’s Fantastic Voices 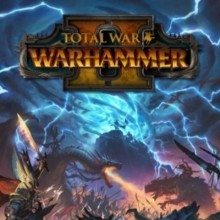 The hugely anticipated ‘Total War: WARHAMMER II’ is available for download and in shops today featuring an array of Loud and Clear’s fantastic voices.

The second in a trilogy and sequel to the award-winning Total War: WARHAMMER, Total War: WARHAMMER II brings players a breath-taking new narrative campaign, set across the vast continents of Lustria, Ulthuan, Naggaroth and the Southlands. The Great Vortex Campaign builds pace to culminate in a definitive and climactic endgame, an experience unlike any other Total War title to date.

So proud of our boys and their outstanding performances in the epic game!