30/40's Northern, Warm/Confident/Versatile
← back to men 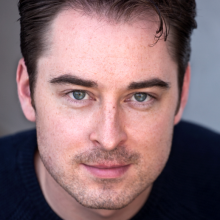 Jason Langley is a television and theatre actor. He grew up in Blackpool, Lancashire before training at LAMDA.

He can currently be seen starring as Danny in 'Fisherman's Friends the Musical' touring the UK and Canada.

Mad About You by Mhairi Mcfarlane Magpie Murders by Anthony Horowitz I Spy: My Life in MI5 by Tom Marcus