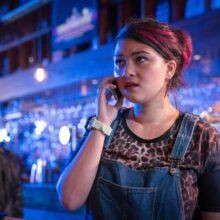 New drama ‘Four Lives’ tells the story of Anthony Walgate, Gabriel Kovari, Daniel Whitworth and Jack Taylor, four men killed by the serial killer Stephen Port, who received a life sentence with a whole life order for his crimes in 2016.

Written by Neil McKay, the drama promises to “shed new light” on the so-called ‘Barking Murders’ by exploring the point of view of the families of Stephen Port’s victims, focusing on their fight to uncover the truth about what happened to their lost sons and brothers.