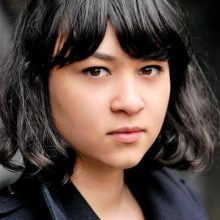 Isabella Laughland is a London based actor.

Long-listed for Most Promising Newcomer at the BIFA awards for 'Urban Hymn' and nominated for an Evening Standard Outstanding Newcomer Award, Isabella already has a very impressive CV in Film, Theatre and TV.

She's performed at The National, The Royal Court, Trafalgar Studios, Donmar Warehouse, Sheffield Crucible and the Hampstead Theatre. Isabella was last on stage in Mike Bartlett's 'Love Love Love' at the Lyric Hammersmith, which was adapted for Radio 3 as part of the Lockdown Festival.