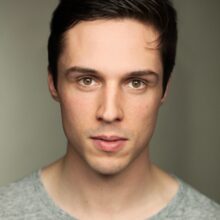 Ziggy Heath is a British/Polish London based actor.

He recently played Derby in Caitlin Moran's 'How To Build A Girl' (Film4), Sam Holland in 'Harlots' (BBC) and Jack Philips in the adaptation of Jessie Burton's best selling novel 'The Miniaturist' (BBC).

On stage, some of Ziggy’s lead roles include Peter in Ella Hickson’s 'Wendy & Peter' (Royal Lyceum), Man in Nina Segal’s two-hander 'In The Night Time' and Alan Howard in Terrence Rattigan’s French 'Without Tears', both at The Orange Tree.

Ziggy has co-written 'Mary’s Monster' as well as feature 'Plough Lane', which is currently in pre-production.

He can currently be seen as Andrew in 'I Am Maria' - the BAFTA nominated series by Dominic Savage for Channel 4.

End Of the F***ing World