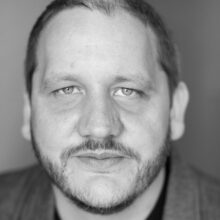 Tony Way is a London based actor, comedian and writer.

He was discovered at the age of 17 by Bob Mortimer and Charlie Higson on an amateur comedy video.

He is best known for playing characters in a number of hit British comedy TV series including 'The Fast Show', 'Extras', 'Black Books' and 'Bang, Bang, It's Reeves and Mortimer', as well as comedy movies including 'Sightseers' and 'Ali G Indahouse'.

Other acting credits include 'Edge of Tomorrow', 'The Girl with the Dragon Tattoo', HBO's 'Game of Thrones',  'Anonymous' and 'Giri/Haji'.

The Hotel Crash for Cash