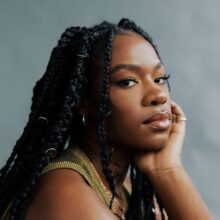 - Precious Mustapha is back in the latest season of ‘Fate: The Winx Saga’

Precious Mustapha is a London based actor.

Born and raised in East London, and of Nigerian heritage and a fluent Yoruba speaker, Precious trained at East 15 Acting School.

She landed her first television role in ITV series ‘Endeavour’ after graduating. Her other credits include ‘The Stranger’(Netflix) and Roxy Millikan in ‘Code 404’ (Sky). She can also be seen in the highly anticipated Amazon series ‘The Power’ playing Marissa, which is also due to come out later this year.

Kids on the Edge

Far From The Madding Crowd Children of Virtue (Nigerian accent)