20/30's Welsh, Comedic/Natural/Likeable
← back to women 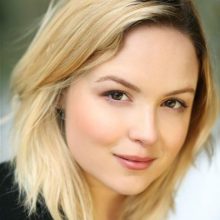 Kimberley Nixon is a BAFTA award-winning Welsh actress based in London with numerous stage and screen credits to her name.

She made her screen debut in 2007 in 'Cranford' alongside Dame Judi Dench and Imelda Staunton, and is probably most recognisable as Josie from Channel 4’s 'Fresh Meat'. Her most recent TV credits include 'The Left Behind' (BBC3), 'Critical' (Sky One), 'Outlander' (Starz/Amazon), 'New Blood' and 'Ordinary Lies' (BBC). Her Film credits include 'Wild Child', 'Angus, Thongs and Perfect Snogging', 'Easy Virtue', 'Black Death', 'Offender' and 'Cherrybomb'.

Kimberley can currently be seen in 'Life and Death in the Warehouse' (BBC) and the latest season of 'The Tuckers' (BBC).