20/30's Irish, Natural/Compelling/Authentic
← back to men 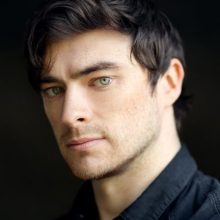 Gavin Drea is a London based Irish actor.

Originally from Dublin, Gavin’s most recent stage credits include 'Hamlet' (The Gate/St Ann's Warehouse), 'Blood Wedding' (Young Vic), 'Tribes' by Nina Raine, Private Gar in 'Philadelphia', 'Here I Come!' at the Lyric Theatre, Belfast. Gavin was nominated for an Irish Times Theatre Award for Best Supporting Actor for his portrayal of Des in 'A Whistle in the Dark'.

His films include include 'Sweetness in the Belly', Luc Besson’s 'Valerian and the City of a Thousand Planets', 'What Richard Did' and 'Jack Taylor: Priest' .