Gavin Drea is in ‘Hamlet’ at St Ann’s Warehouse 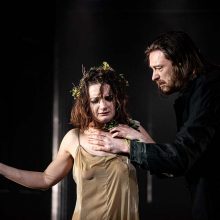 “The time is out of joint. O, cursèd spite,
That ever I was born to set it right!”

A murdered King. A remarried Queen. A state on the precipice. When society starts to collapse, do we fight or flee?

Shakespeare’s iconic story of politics, vengeance, madness and murder is reimagined in a ground-breaking, visionary production for today’s audience. Under Yaël Farber’s direction, focus shifts from anguish and identity to the power of resistance.

Do not miss Gavin in ‘Hamlet’ at St Ann’s Warehouse, New York until 8th March.