30/40's Northern, Believable/Honest/Likeable
← back to women 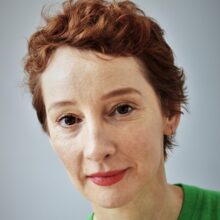 Emma Lowndes is a London based Northern actor.

Having grown up near Manchester, she studied English at the University of Ripon and York, St. John’s, before winning a place at RADA.

Best known for playing the role of Mrs Margie Drewe in 'Downton Abbey' and Bella Gregson in 'Cranford', Emma's TV credits include 'The Trial' (C4), 'Musketeers' (BBC), 'Survivors' (BBC) and most recently a lead guest role in 'Call the Midwife' (BBC1).

Her theatre credits include the role of Ginny Potter in 'Harry Potter and the Cursed Child (London), 'The Herbal Bed' (Rose Kingston), 'Children of the Sun' (National), 'The Accrington Pals' (Royal Exchange), 'Therese Raquin' (National), 'Great Expectations' (RSC) and 'Port' & 'The Seagull' (Royal Exchange) for which she won Best Actress in a Leading Role.