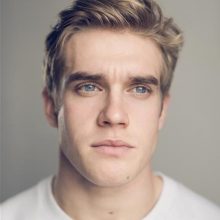 Bobby Lockwood is a London based actor.

He started his acting career at a young age and landed his breakout role as the voice of Patch in Walt Disney’s '101 Dalmatians II: Patch’s London Adventure'. He was then part of the original cast of 'House of Anubis', before landing the lead role in CBBC’s hit series 'Wolfblood' for which he won Best Performer Award at the Children's BAFTAs in 2013.


He can currently be seen in 'Outside the Wire' (Netflix) and 'Eurovision Song Contest: The Story of Fire Saga' (Netflix).

Astrophysics For People In A Hurry Storm Breaker