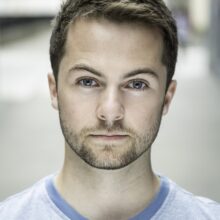 Alex Murphy is a Dublin based artist with a Home Studio.

He trained at the Lir Academy and graduated in 2019. Alongside his training, Alex starred in the highly successful feature film ‘The Young Offenders’. Critics praised Alex’s crisp comic timing and the great relationship with his co-star Chris Walley. For his performance Alex was nominated for an IFTA and won the Ros Hubbard Award for Acting at the Irish Film Festival London 2016.

In 2018, ‘The Young Offenders’ moved to the small screen in a spin-off for RTE and BBC3. The show was another great success and has had three series, the last of which aired on BBC last summer.

Alex made his professional theatre debut in 2019 at the Gaiety Theatre in 'The Lieutenant of Inishmore'. Critics hailed his performance as a ‘particular highlight’.

He can currently be seen in BBC3's adaptation of Sally Rooney's award-winning debut novel 'Conversations with Friends'.