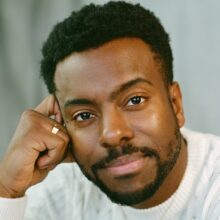 Akemnji works in television and film, and has performed on stage at the National Theatre, Shakespeare’s Globe and London's West End.

He can currently be seen as Mr Fergusson in critically-acclaimed new Netflix mini-series 'The Queen's Gambit', as well the latest season of 'Famalam'.