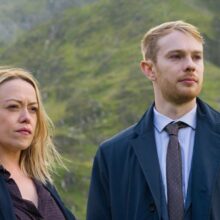 When the body of local farmer Ifan Williams is discovered in a remote river in the middle of the North Wales countryside, DCI Cadi John and DS Owen Vaughan are called to investigate. Cadi learns of the call whilst attending an interview for the role of DSI in Liverpool.

Whilst informing the victim’s wife of her husband’s death, DCI John learns that there was no love lost between husband and wife. There seems to be no motive for the murder of Ifan Williams. Neither his mother nor his wife can think of anyone who may have wanted to hurt him…

Watch ‘Hidden’/’Craith’ on BBC1 Wales, BBC4 and iPlayer from Wednesday, March 16 at 9pm.