Nick Grimshaw is back on the Celebrity Gogglebox Sofa 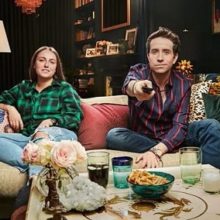 ‘Celebrity Gogglebox’ is finally back on our screens and the line-up is better than ever.

Several of Britain’s best loved personalities will hit the sofa, and turn their hand to being some of the country’s most opinionated viewers in this brand new series.