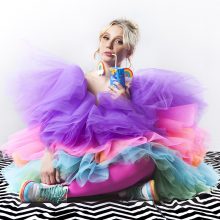 Classically trained in musical theatre, comedian, writer and actor Jenny Bede is tired of waiting around for her perfect role.

However, much like nationalism and Greggs, musical theatre is having a bit of a moment. Naturally, Jenny wants in on the action. Join the award-winning musical comic (as seen on BBC2, BBC3, ITV, Netflix, Channel 4 and E4) as she attempts to write her own Hamilton and become a millionaire.

Don’t miss Jenny’s fantastic show at Just The Tonic at the Mash House .