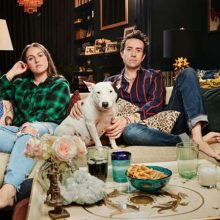 We’re all arm-chair critics when it comes to TV, but Channel 4 has put a camera in a host of celebrities’ living rooms and hearing what they really think about what’s on the box this summer.

‘Celebrity Gogglebox’ features a rolling cast of famous faces for a six-part special series of ‘Googlebox’ .

From The Chase to Fatal Attraction, what does the inimitable Nick Grimshaw think of our top telly?

Catch Nick and his niece Liv on ‘Celebrity Gogglebox’ on Fridays, 9pm on Channel 4.