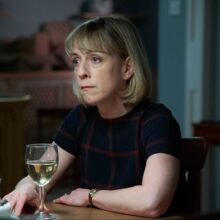 The ‘Night Stalker’, a notorious serial burglar and rapist active in South-East London, first offended in 1992 and is still continuing his reign of terror in 2009.  His attacks are unique and bear similar hallmarks – light bulbs taken out to ensure darkness, entire panes of glass removed from windows. Dressed entirely in black, and masked by a balaclava, he targets elderly victims and subjects them to terrifying ordeals, whilst also robbing them.

Detective Chief Superintendent Hamish Campbell is tasked by the newly appointed Metropolitan Police Commissioner, to carry out a review as to why a lengthy and expensive enquiry, Operation Minstead, has failed to catch the Night Stalker, causing fear and panic in the public.