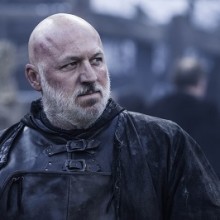 Don’t miss this incredible show and Dominic as Janos from 13th April at 9pm exclusively on Sky Atlantic.