Critically acclaimed Edinburgh Fringe smash hit ‘Jenny Bede: The Musical’ is on at the Soho Theatre 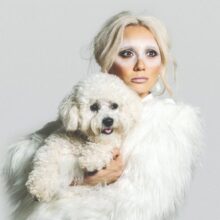 Jenny Bede always worried that her classical training in musical theatre stopped her being seen as a proper comedian, serious actor, or decent human being. However, after a year of theatres being closed, musical theatre is having a bit of a moment and Jenny wants in on the action.

Join this triple threat (actor, singer, fast typist) as she presents a hundred new musicals, taking the audience on a semi-autobiographical journey of singing ghosts, bad feminism and pop music.