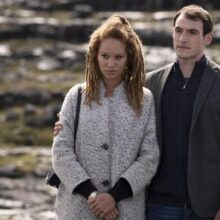 Still picking up the pieces after the death of Denis and the cover-up that followed, Val Ahern’s world is rocked once again when a stranger turns up on her doorstep

The stranger introduces himself as Finn, Denis’ estranged son and his existence is an unwelcome surprise for the family.

Abandoned to grow up in foster care in Britain, Finn wants to get to know his family but his appearance coincides with what seems to be an orchestrated campaign against the family, as each of the Ahern daughters has their lives targeted and exposed…

Watch L&C’s wonderful Ayoola Smart reprise her role as Cathy Cregan in ‘Smother’ Season 2 on RTÉ One and RTÉ Player.