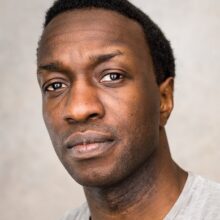 Zephryn Taitte is a London based actor of British Guyanese heritage.

He is best known for his role as Cyril Robinson in 'Call the Midwife' (BBC) and the international award winning independent Web and TV series 'Brothers With no Game'; for which he received an industry nod and became Screen Nation's 'Favourite Actor' Award winner.

Zephryn's extensive, varied and informed work as an applied theatre practitioner, make him a valued artist of today; having been recognised by the Financial Times 'Arts and Life' magazine as 'the one to watch'.