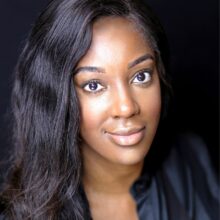 Verona Rose is a London based actor, comedy performer and writer.

After growing up in Southampton, Verona trained at The BRIT School in London. She went on to form a comedy partnership with Donna Preston and their series for BBC3 Comedy Threesomes 'Fully Blown' based on two wannabe rappers, was nominated for a Broadcast Digital Award in 2020.

They can be seen on Sky show 'Dating No Filter', weekly E4 entertainment show 'Pants on Fire' and recently featured in 'Celebrity Come Dine with 'Me and '8 out of 10 Cats'.

Verona can currently be seen as the matchmaking host of new ITV2 dating show 'Secret Crush'. She will also be starring in the new series of 'Horrible Histories' (CBBC).