40/50's London, Upbeat/Deep/Recognisable
← back to men 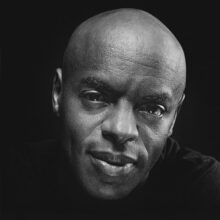 Trevor Nelson MBE is an award-winning DJ and champion for RnB music worldwide and a household name across the UK.

As a radio broadcaster he currently spans two of the BBC’s most popular music networks. For BBC Radio 2 Trevor Nelson’s Rhythm Nation is live four nights a week and for BBC Radio 1Xtra Trevor Goes Old Skool airs every Sunday.

In March 2021, Trevor released his own 8-part podcast series entitled Trevor Nelson’s Divas for BBC Sounds. Each episode comprises of hand-picked archive footage in which Trevor reminisces on his most memorable interviews with some of the biggest artists in the music industry. From Mariah Carey, Beyonce, Usher and Kayne West to James Brown, Lauryn Hill, Mary J Blige and P. Diddy.

Trevor has won numerous honours including 4 MOBOS and an MBE for his work with the millennium volunteers. In 2010 he was awarded with the special gold lifetime achievement award for his services to broadcasting, at the Sony Radio Academy Awards. He was also nominated as a Hackney ambassador to coincide with the 2012 Olympics.

Trevor joined MTV in 1998 to host their flagship R&B show The Lick, the show aired for 11 years on MTV base making it the longest running show on the channel. He hosted the first ever MTV Africa Awards from Abuja, Nigeria. Other TV credits as presenter have included The Players Club and Trevor Nelson’s Urban Choice for BBC as well as NFL UK for Channel 5.

In 1996, Trevor moved to BBC Radio 1 to present the first ever national R&B show The Rhythm Nation. Trevor continued to present on radio 1 for a further 17 years

As a pioneer in the black music scene, Trevor started his broadcasting career at then pirate station Kiss FM. He went on to A&R artists such as D’Angelo and signed Lynden David Hall at Cooltempo / EMI records.