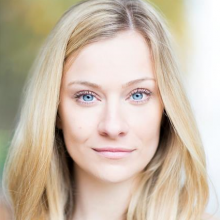 Tiffany Ceri is a Welsh actress based in Central London.

She recently starred in feature film “The Curse of Halloween Jack’ released in the USA and UK, and also performed the lead role in feature film ’The Jonestown Haunting’ due for release in 2020.

Her TV highlights include Mary Boleyn in BBC Tudor drama '6 Wives’ and Stephanie in American TV Drama 'Angel of Decay’.

Tiffany can currently be seen in the latest season of 'Killing Eve' on AMC/BBC.

Veganville Eating With My Ex

The Man Who Didn’t Call Matilda

Visual - Dorothy and the Wizard of Oz