20/30's London, Contemporary/Friendly/Warm
← back to men 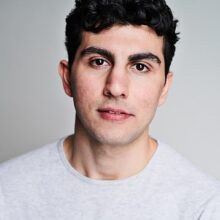 Taheen Modak is a London based actor.

He graduated from Bristol Old Vic in 2018 and quickly made it onto many a one-to-watch list.

Taheen booked his first screen role early on; the regular role of ‘Med’ in new crime drama 'The Bay' alongside Morven Christie. He filmed 'Beyond the Blade', a short film for the Guardian to raise awareness of knife crime in London, before appearing on stage in 'The American Clock' directed by Rachel Chavkin for the Old Vic Theatre. He recently guest starred in  ITV's reboot of British detective series 'Van Der Valk'.

He was most recently seen in comedy 'Two Weeks to Live' opposite Maisie Williams and Sian Clifford (Sky One / HBO Max), new interactive rom-com 'Five Dates' (PS4/Nintendo/Xbox) and Season 2 of 'The Bay' (ITV).

Visual - Beyond the Blade | Short Film