30/40's Neutral, Comedic/Natural/Familiar
← back to men 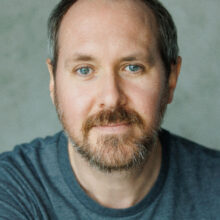 He has portrayed a wealth of acting roles both on TV and online – including CBBC’s sci-fi sitcom ‘The Revolting World of Stanley Brown’; BBC1’s ‘Richard Hammond’s Secret Service’: Channel 4’s ‘8 Out of 10 Cats Does Countdown’; and (in the role he was born to play) as a sad man in a chicken costume in the music video for the haunting ‘Animals’ by Kawala.

Sy has created a multitude of online films - his spoof video ‘Race the London Train’ was featured by Channel 4; and he was commissioned by BBC3 to make the lo-fi pig-wrangling film ‘Everyday Problems’ – as well as regularly collaborating with a wide array of comedy directors and filmmakers.

As a stand-up comedian Sy has performed at comedy clubs and festivals around the globe, and is a veteran of the Edinburgh fringe – having performed full length shows both as a solo stand-up, and in the double act ‘Life of Si’ with Simon Feilder.

Sy’s early comedic forays were at Nickelodeon where he began playing small comedy characters, before stepping up to present all of the channel’s live studio projects and continuity for 2 years. He then went on to develop, write, and host two series of ‘The Cool Stuff Collective’ for ITV.

Arguably most famously of all, Sy portrayed the back end of ‘Daisy the Cow’ in the 2012 Cbeebies Pantomime.

The Switch That Bear Ate My Pants