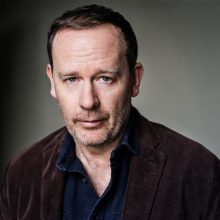 Simon Ludders is a London based actor and writer.

He trained at The Royal Welsh College of Music and Drama.

Best known for playing Renfield in BBC's 'Young Dracula', Simon's other credits include regular roles in 'Miss Scarlet and The Duke', 'I'm Alan Partridge', 'The Dumping Ground' and 'Scoop'. Other TV appearances include 'Dr Who', 'Broadchurch', 'The Five', 'Spotles's, 'Dad's Army' and 'The Irregulars', amongst many others.

Simon also co-wrote several episodes of Ruth Jones' comedy 'Stella', sketches for 'The Armstrong and Miller Show' and has appeared in over 40 radio plays.