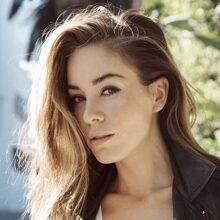 Roxanne McKee is a London based actor.

Her TV credits include the lead in HBO/Sky 1 series 'Strike Back', the Narrator in Syfy’s 'Dominion' opposite Chris Egan and Alan Dale, as well as three seasons of HBO’s 'Game of Thrones' in the role of Doreah.

Roxanne can also be seen in a leading role in 'Inside Man: Most Wanted' and 'Picture Perfect Royal Christmas' both for Netflix. She has just wrapped on the second season of 'Pandora' for CW.

Catch Her If you Can Life & Birth

Where the Crawdads Sing (US accent) The Confession