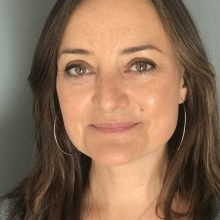 Róisín Saxe is an Irish voiceover artist based in London.

Previously a presenter for RTE and Dublin's 98FM, Róisín has had plenty of studio experience both in front of the camera and on radio.

Upon moving to London, Róisín kept working as a presenter in Ireland by commuting regularly, while at the same time working for MTV as an Associate Producer. At MTV she created content and conducted interviews with countless well-known celebrities. Róisín also did some presenting work for BBC online at this time.

Róisín is a fluent Irish language speaker and has voiced a number of pieces for the European Parliament.