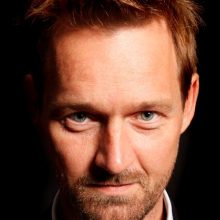 Rod Hallett is a London based actor.

He is best known for his role as Sir Richard Rich in the television period drama series 'The Tudors'.  He is also known for his starring role as Dr. Malcolm Wallace in the science fiction television series 'Terra Nova'.

Rod can be in seen as King Constantin II in the final season of epic historical drama 'The Last Kingdom' (Netflix).

Worse Place To Be A Pilot My Online Bride

The Clock (US accent)

The Legend of Old McLandon (Irish)