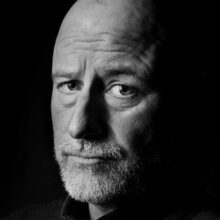 Paul Garner is a comedy writer, performer and voice over artist based in London

He has created, written for and appeared in some of the most memorable TV comedies of recent years.

Starting out in radio with Chris Morris at G.L.R and then BBC Radio 1, Paul made the transition into television with ‘Brass Eye’ and later became a regular performer and writer on Channel 4’s ‘The 11 O’Clock Show’.

Paul created and wrote ‘The Pilot Show’ for Channel 4 and subsequently exec produced and starred in a 16-part series which was remade for American television. He also co-created, wrote and appeared in ‘Strutter’ with Paul Kaye which ran for two series on MTV.

Paul has a large number of TV and radio credits both as a performer and writer including writing extensively for Jimmy Carr and starring with Sharon Horgan in the sitcom ‘Angelos’. Other credits include Miranda, Pulling, Bo Selecta, Russell Brand & Friends, 8 Out Of 10 Cats and Da Ali G Show.

He is a regular presenter of ‘The Comedy Club’ on BBC Radio 4 Extra. He also wrote and presented the BBC radio documentary ‘Miranda Hart: From Hampshire to Hollywood.’

Recently, Paul co-starred in ‘White Gold’ a comedy drama for BBC2/Netflix written by the co-creator of ‘The Inbetweeners’, and appeared alongside Lee Mack in BBC2 sitcom ’Semi-Detached’.