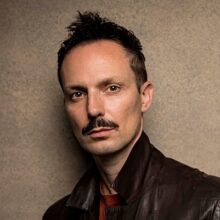 Nigel Pilkington is an actor, singer and very experienced voice over artist based in London.

Native Lancashire, with excellent Neutral/RP, and a vocal range from teens to thirties, he's frequently asked to play children. Nigel has a superb facility for accents; he is fluent in French and German, with truly impressive French and German accented English.

A true all-rounder, Nigel is as comfortable with lip synching and video game character voices, as he is with bringing commercial scripts to life. A former lawyer, he's a regular on the London and Edinburgh comedy improvisation circuits, and has an honest yet cheeky, irreverent style.