30/40's American, Versatile/Comedic/Deep
← back to men 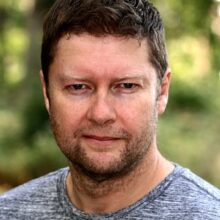 Mikey O'Connor is an Anglo-American actor based near London.

Born in England and raised in America, Mikey is as mid-Atlantic as it gets.

He can be heard in hundreds of video games including 'Lego Marvel Superheroes 2', 'Guitar Hero Live' and 'The Crew 2'.

A talented singer, Mikey has appeared on stage in 'Million Dollar Quartet' (West End), 'The Buddy Holly Story' (UK Tour) and with the 'Reduced Shakespeare Company' (West End & UK Tour). His most recent work is in the Award-winning internet animation series 'Tales From Pussy Willow'.

The Right Stuff by Tom Wolfe Dune by Frank Herbert