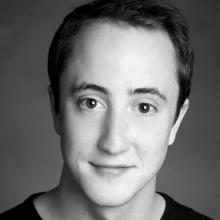 Matthew Spencer is a London based Actor and Voice Over Artist.

Since training at Guildhall School of Music and Drama, Matthew has worked extensively on stage, both in the UK and Internationally. Recent work includes playing Joseph II in Amadeus at the National Theatre.

Matthew starred in an award winning short film The Runner and most recently starred as The Actor in The Woman in Black at the Fortune Theatre in the West End.

Dead Tomorrow End of the Affair The Shepherds Crown